There was a parade with a lot of participants, mostly groups of students from elementary schools. I went on the parade with my orchestra too, where we played some songs and did some marching movements! 🙂

After that I went on the omikoshi parade! It was shorter than last time, but it was really fun!

I leave a picture of myself with a Japanese that went on the parade too! 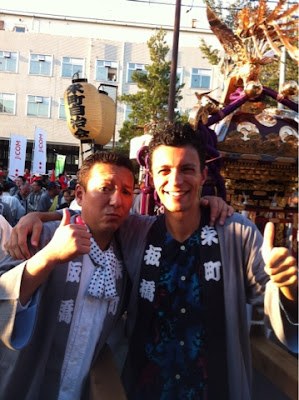