Your Name (君の名は。, Kimi no Na wa) is a 2016 Japanese animated drama film written and directed by Shinkai Makoto and produced by CoMix Wave Films. 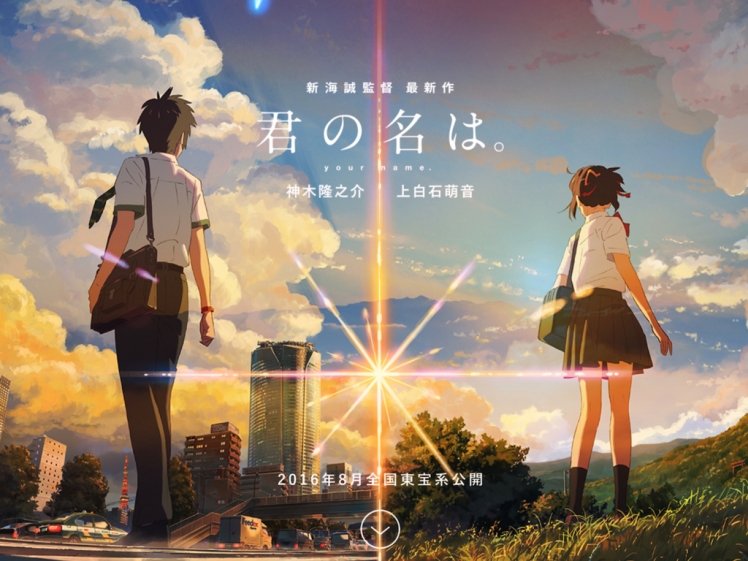 “Your Name” was distributed by Toho, it premiered at the Anime Expo 2016 convention in Los Angeles, California on 3 July 2016, and in Japan on 26 August 2016. It received widespread acclaim from critics, who praised the film for its animation and emotional impact, and was also a major commercial success, becoming the fourth-highest-grossing film of all time in Japan, the 7th-highest-grossing traditionally animated film, the highest-grossing anime and Japanese alike film and the 4th-highest-grossing non-English film worldwide, with a total gross of more than $355 million. The film won the 49th Sitges Film Festival, 2016 Los Angeles Film Critics Association Awards, and 71st Mainichi Film Awards for Best Animated Feature Film, as well as receiving a nomination for the 40th Japan Academy Prize for the Best Animation of the Year.

Based on Shinkai’s novel of the same name published a month before the film’s premiere, “Your Name” tells the story of a high school girl (Mitsuha) in rural Japan and a high school boy (Taki) in Tokyo who swap bodies. They begin switching bodies intermittently, communicating with each other by leaving notes in Mitsuha’s notebook and memos on Taki’s phone. Mitsuha helps Taki develop a relationship with his coworker Miki, while Taki helps Mitsuha become popular in school. 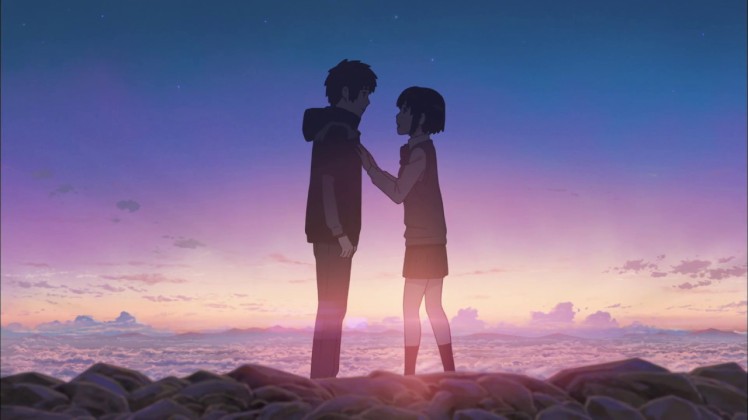 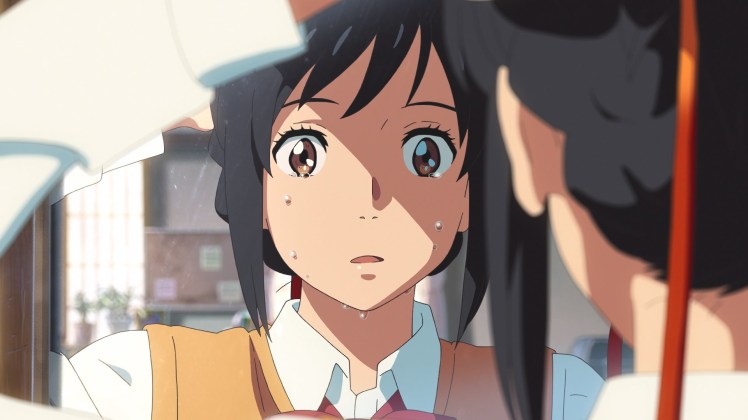 Taki, as Mitsuha, accompanies her grandmother and sister to leave the ritual alcohol kuchikamizake, made by Mitsuha, as an offering at the shrine on a mountaintop outside the town. The shrine is believed to represent the body of the village guardian god who rules human experiences and connections. Mitsuha’s latest note tells Taki about a comet expected to pass Earth on the day of her town festival. 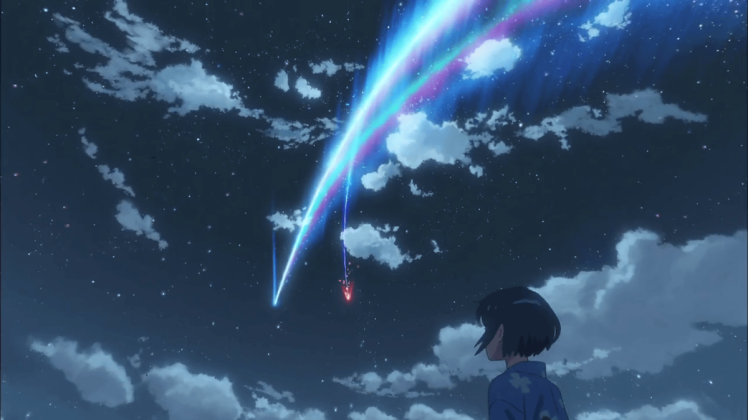 One day, Taki wakes up back in his body. After an unsuccessful date with Miki, he tries to call Mitsuha for the first time, but cannot reach her, and the body switching ends. He decides to visit her hometown, but does not know its name, as his memories of it are fading, and even Mitsuha’s writings in his phone disappear. A restaurant owner in Hida recognizes the town from Taki’s sketch and tells him it was destroyed by a fragment of the comet. Taki finds Mitsuha’s name in the records of fatalities and discovers the date of the disaster. He realizes their timelines were separated by three years.

However I will give you an advice. JUST. WATCH. IT. NOW.

Really, it is a masterpiece. And it makes you think about those strange “coincidences” that happen sometimes in your life. Are they really coincidences? Or are they something meant to happen? It’s really deep, and it really takes a genius to create something like this. 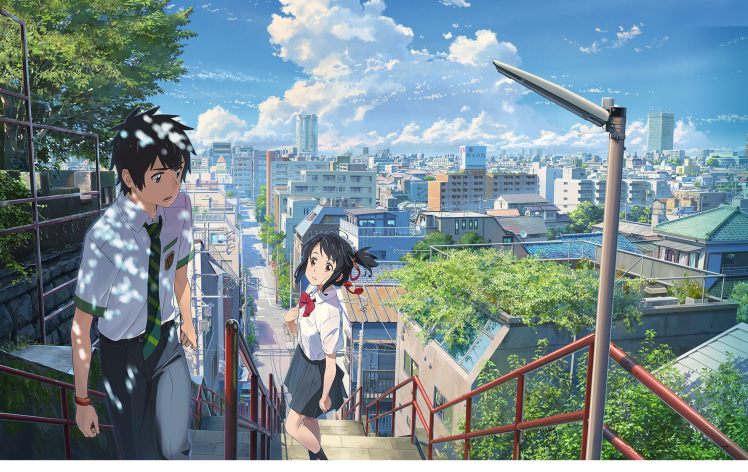